These were taken at a show played at the Bard College Student Center in New York. Photos were taken using 35mm film. The film was standard black and white film, probably ISO 200. 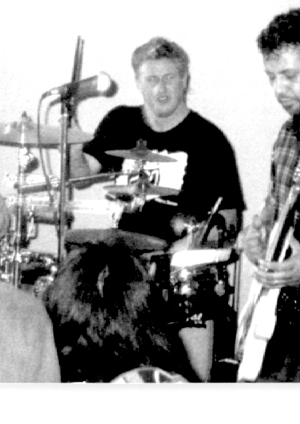 2 original members of the band The Minutemen

About 36 photos were taken at this show, all black and white. This is just one of the recent scans of the printed photos.

A really poor quality audio recording also exists of this show. Such bad quality that it may only be considered listenable to those that attended the show.

This video was filmed, NOT AT BARD COLLEGE SHOW, but a show about 8 months later/ 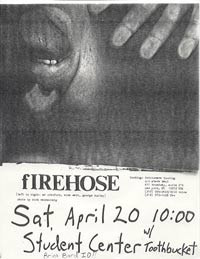