JuiceheaD – How to Sail a Sinking Ship – CD Review

October 2011 – The new CD by JuiceheaD starts off with 2 so-so tracks compared to the better tracks that follow on this CD. The band’s music focuses on wanting to be catchy while having a melodic Misfits sound. All of the tracks throughout this CD maintain the same level of energy and song writing style except for Black Roses which is like a cross between a Guns and Roses ballad and a Misfits melody. Their playing never goes really fast and loud. Could be considered punk for some people. The band, touring with The Misfits in 2011, makes perfect sense as they fit in well with the new Misfits sound. Could be more interesting if they gave themselves a distinct edge. They almost go ska on one track, but flavor it with mid paced power chord rock. Perhaps they sound killer live, who knows. http://juiceheadmusic.com

Go see them open for the Misfits and find out what JuiceheaD is all about. 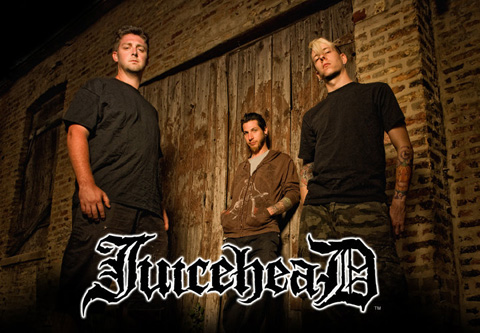