Well now, what do we have here?

Just in time for spring and summer we have the new Dirty Filty Mugs CD titled All Yobs In. This is crisp. This is clear. This has some serious bite and goes well with pizza on a Friday night. It is a band that smacks you in the head like an imported beer. And beer never sounded so good!

At times it sounds like it could be a UK punk band. This band is made up of former members of the Swingin’ Utters, the Gain, and Big in Japan. Not all of the songs are about beer, but it has that solid, powerful and fun Friday night energy. Key song titles: Another Round, Mugsy and Skin, Good at Failure, and Dirty Filthy Mugs are We. 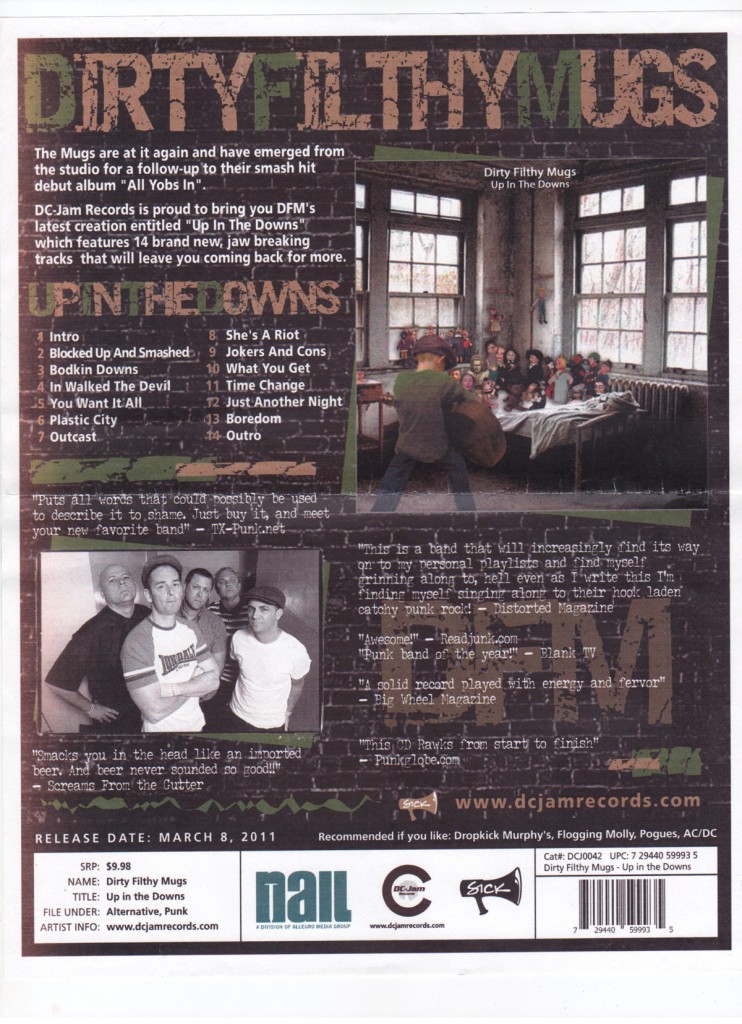 Dirty Filty Mugs – Another Round

I tried to run, but I got nowhere
I had to fight, I had to hold my ground
Save face or lose it, got scars there to prove it
If I’m breathin I can go on for another round

Had a girl, and then I lost her
She got fed up, told me not to come around
Well she wasn’t the first,
I been through much worse
Now I got a good one underneath my thumb

And it gets bad, and it gets rough
So far there ain’t been nothin really bad enough
I’ve been hurt til I cried, swallowed all my pride
But I can’t let something really keep me down

Sometimes I’m pissed, and wonder why
I lost someone I loved and never said goodbye
Well it hits me now and then,
but I shake the feeling when
I look around and see my good friends standin by

Another Round
(Ace Facial)